One's passions and experiences throughout life inspire them to make certain decisions. 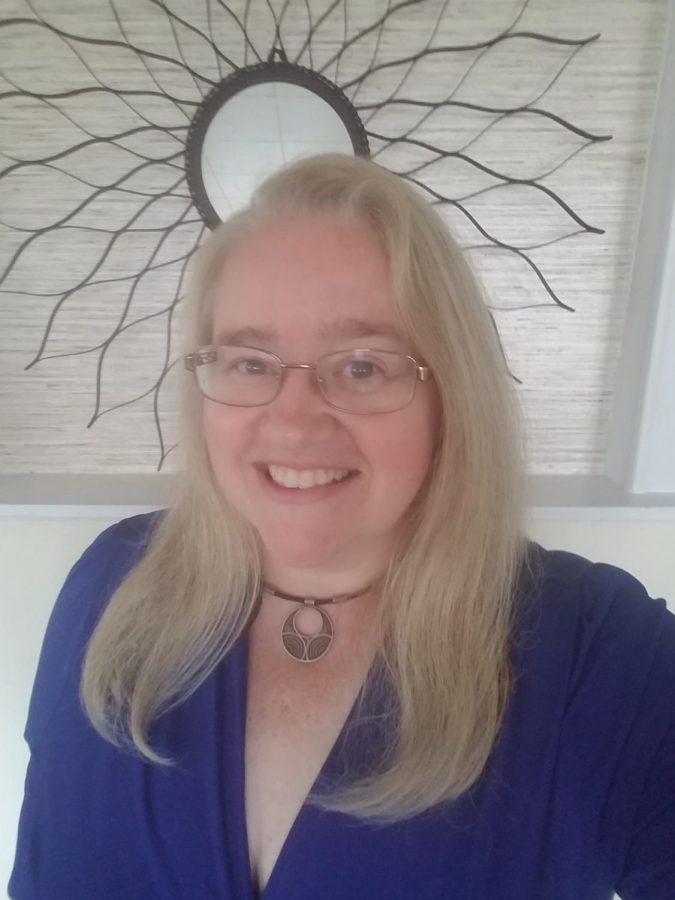 A photo of Ms. Szczepanski.

A person’s future is usually determined by what experiences and struggles they face throughout their lifetime. Their personal goals and ambitions are important factors as well. However, there are often times where one’s life has taken so many turns that it is not easily explainable in just a few sentences.

For instance, Ms. Szczepanski, a psychology teacher at Central Kitsap High School, has her own unique reasons and life experiences that have led her to where she is now.

Szczepanski’s family consists of her parents, who live in Yakima, and her sister named Beth, who has two kids and a husband. Szczepanski also has three cats named Sylvio, Delilah, and Waverly. Szczepanski’s friends and family members describe her as intelligent, kind, and always willing to learn.

The students in her AP Psych class have a lot of respect for her as well because of her kindness and intelligence.

“I would describe Ms. Szczepanski as a very smart and compassionate person,” Ronan Horn, a current student in her AP Psych class, said, “I truly believe she cares about her students. She has a really friendly presence which makes her very approachable and a good person to talk to about just about anything.”

Horn also went on to say that he thinks of her as a very good teacher, saying that she “uses projects to make the class more engaging which I think makes her class more interactive and fun.” He then adds, “She’s also very understanding of students’ circumstances and situations which is a good quality in a teacher.”

Ms. Fisher, a fellow staff member of CKHS and her friend of five years, said that Szczepanski “loves to travel and has been to many very cool places.”

According to Szczepanski herself, she has traveled a lot in her past.

Szczepanski had moved to Turkmenistan to become a Peace Corps Volunteer and got a degree in international and environmental law, taught for four years at South Korea, attended Boston University for five years, lived in Ethiopia, and then moved back to Washington State to become a high school teacher.

In her teaching career, Szczepanski was not always a psychology teacher. When Mr. Speck, the previous psychology teacher at CKHS, retired from that role three years ago, she took his place due to the fact that the school needed another AP Psych teacher. She added that, “I’m really glad that I did, though. I love teaching it!”

Before taking the position of an AP Psych teacher, Szczepanski originally wanted to become a high school history teacher, which she had decided to pursue during her time in South Korea – and succeeded.

Szczepanski reminisces about the moment she decided to become a high school history teacher. She said, “I was sitting on the sofa in my little condo, eating a piece of leftover birthday cake and stressing out because the Ethiopian government official who controlled access to some documents I needed for my PhD dissertation was demanding a rather hefty bribe and I wasn’t willing or able to pay him off,” she then added, “Suddenly, I thought: ‘Forget this. I’m just going to go home and become a high school teacher.’”

This moment of stress and her interest in history is what initially pushed her to become a high school teacher.

Upon taking up the job of an AP Psychology teacher, she reflects on what she likes the most about teaching the subject so far.

“I tend to be an analytical person, so I like learning about new ways to analyze people’s thought patterns,” Szczepanski said, “As far as teaching psychology, I love experimenting on my students, and I particularly enjoy that instant when the first student realizes that this weird thing I’ve asked the class to do is actually an informal experiment.”

An example of the experiments Szczepanski mentioned is one that was attempted over a scheduled Google Meet with her AP Psych class. It was a bright and early morning.

Szczepanski told her students to close their eyes and began to describe a scenario where they were at the beach, peacefully swimming in the ocean. After Szczepanski was finished explaining the details for her students to imagine, there was a long pause. A few quiet clicks of a computer mouse sounded within the silence.

After a while, Szczepanski sighed and revealed that she had tried to play the Jaws theme, but the video did not load fast enough. Despite the technical difficulties, her students had started to understand what the meaning was.

Since most people associate the Jaws theme with sharks – because of the popularity of the movie itself – Szczepanski would not have to explain that there was a shark in the water if she simply played that theme. Thus, the students would hear that song and fill in the blanks without being explicitly told.

Szczepanski mentioned that people tend to think that psychology students and professionals get into that field because they have their own mental issues, “but actually, mental health issues are no more prevalent in psychology than in any other field.”

“Just as pretty much every human has physical health issues of one kind or another over the course of their life, most also will experience some degree of mental health problem as well,” Szczepanski said, “It’s a normal part of life, and we need to work to destigmatize it.”