Freedom of Expression? Only If Majority Says, “YES!”

Equality must triumph over the opinions of the masses. It’s an American value. So, to allow one controversial club to exist and not another contradicts this sentiment. 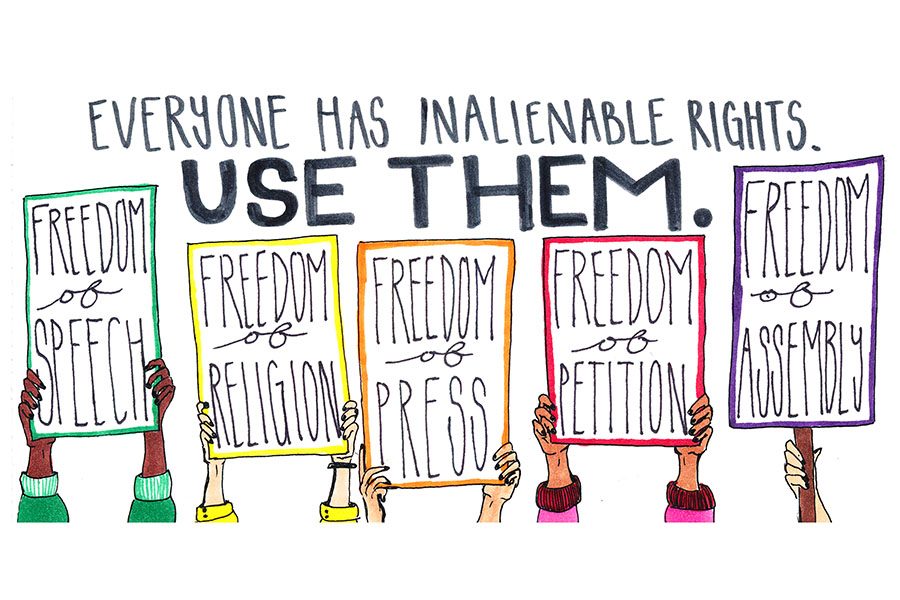 Everyone has inalienable rights. Use them.

The First Amendment of the US Constitution lays the foundation for many of America’s freedoms. Right to free speech and expression allow for a free-flowing, open communication of grievances and suggestions.

High school student Gabrielle Gabbard of Gulf Coast High School in Naples, Florida was rejected an application to form a “Sharks 4 Life” club, as it was deemed ‘too controversial’ and ‘political’ for a school environment. This club would have been an affiliate of the national Students for Life organization, whose goal is to “abolish abortion in our lifetime.”

For the school to deny this student the right to create a group based on her own political views, while allowing other “controversial” clubs to thrive is a blatant violation of the First Amendment. Public schools are not permitted to pick and choose what political issues students can address through assembly.

According to Christian Headlines, “Public school officials can’t refuse to recognize a student organization for being too ‘political’ or ‘controversial’ especially when they have rightfully approved a whole host of other clubs formed around religious, political, and social interests,” ADF legal counsel Michael Ross stated.

While some may disagree with the premise of “Sharks 4 Life” and the ideals of the Students for Life organization, disagreement alone does not constitute a refusal of Gabbard’s application.

According to the NYRA, the Equal Access Law of 1984 makes it illegal for any school with at least one “non-curricular” club to discriminate against the creation of certain clubs on the basis of religious, political, or philosophical views.

As stated in the act, “This rule applies as long as the club is voluntary, student-initiated, and doesn’t interfere with the orderly conduct of educational activities.” This means that Gulf Coast High School is both required to allow the club to exist and provide it with the same resources as other clubs.

The Equal Access Act also protects the rights of students to form other types of clubs considered “controversial,” such as the Gay Straight Alliance (GSA) club.

No matter what a person’s views are, the right to express oneself is universal in the United States.