An honest review on the new Batman movie with spoilers. 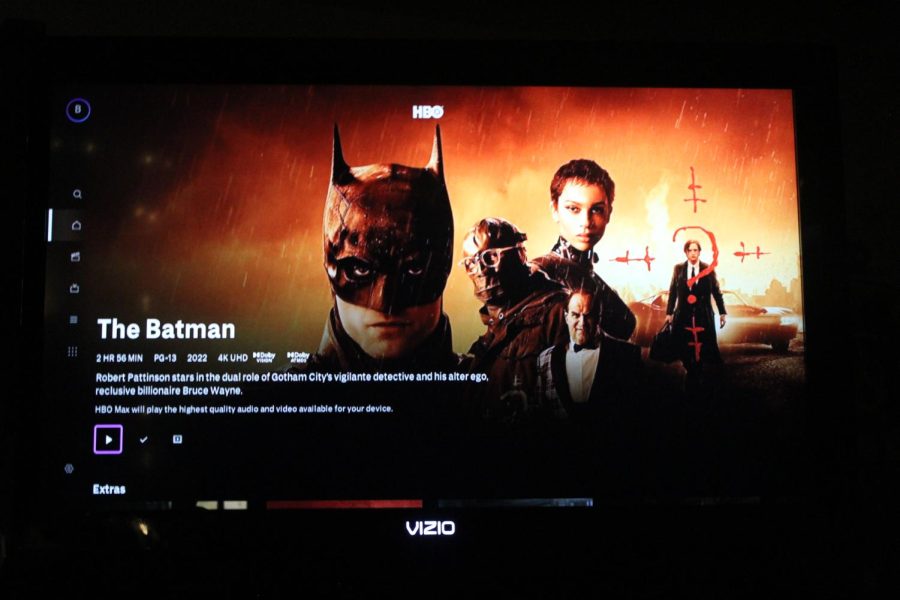 The Batman franchise is something that has been around for a long time. This movie has given the fans something new and exciting all packed into nearly 3 hours of runtime.

It features many famous faces like Robert Pattinson as Batman himself, Zoë Kravitz as Selina Kyle or more commonly known as Catwoman, Paul Dano as Riddler, and a handful of others.

The camera work, color scheming and settings were absolutely phenomenal. They really add this spark of life that brings the entire movie together. It helps that it never gets too vibrant and it only ever gets bright, when the sun sets behind the characters, bathing them in shades of orange.

The movie begins with the mayor of Gotham being killed on Halloween. Batman is invited by lieutenant James Gordan to the scene since the Riddler has left him a letter.

It follows Batman and his hunt for the Riddler who continues killing people tied to the Salvatore Maroni case, a past drug mobster that had been busted by the police.

The Maroni case is also connected to the Iceburg Lounge, a nightclub run by Penguin or Oz. Selina Kyle also works at the Iceburg Lounge as a waitress and is friends with a woman named Annika Koslov. This catches Batman’s attention since one of the clues he’d been left by the Riddler showed the mayor with Annika.

But that isn’t all of it. Carmine Falcone, a mob boss and the boss of Penguin, turns out to be Selina Kyle’s father and she plans on killing him, since Falcone had strangled Aninka. However, Falcone also has ties to the Wayne family.

Rumors of Batman’s dad, Thomas Wayne, spread that he hired Falcone to kill a reporter who threatened to expose secrets about their family. Of course, it turns out that what he says is a lie.

Batman stops Selina from killing Falcone and hands him to the police, but the Riddler shoots him from a nearby window which is actually where he lives. They catch the Riddler at a nearby diner and arrest him but it is clear that things aren’t over yet.

Car bombs are set up to destroy the surrounding seawall and once they do, the city of Gotham becomes flooded. During this, mayor-elect Bella Reál is making her speech but unbeknownst to her, followers of the Riddler plan to assassinate her. Batman and Selina defeat them and Gotham is in piles of rubble.

Selina leaves regarding Gotham beyond saving while Batman stays behind and helps others in the rubble.

Much is left out in the summary but these are the main story beats that occur throughout the movie. Overall, the one problem that could’ve made the movie go from great to amazing would be the story itself.

It feels as though there are three stories wrapped in one.

The main story with the Riddler and Batman. Falcone, Selina, Penguin, and Batman. Lastly, Batman’s parents.

The main story begins in the beginning then cuts out for the rest of the movie until the end. The entire Iceburg Lounge plot kicks in for the middle with the Thomas and Martha Wayne plot taking the end of the middle.

They all interconnect, yes, but they aren’t necessary. If you can take out a part of a movie or story and it doesn’t change, then it shouldn’t be there.

It feels like they were just adding and adding and since they wanted to include it all into the movie, they tied loose strings across each plot point. Like sticking loose puzzle pieces together and even though they still fit, they’re loose.

The characters were also bland, as if checking boxes off of a list of personality traits. There isn’t anything inherently special about them in terms of personality, just that they’re all part of the DC franchise in some way.

The movie itself isn’t boring in terms of actions or cinematography and if you like stunning action visuals and typical Batman versus bad guys then this would be a movie for you. Just, don’t think about the plot too much.