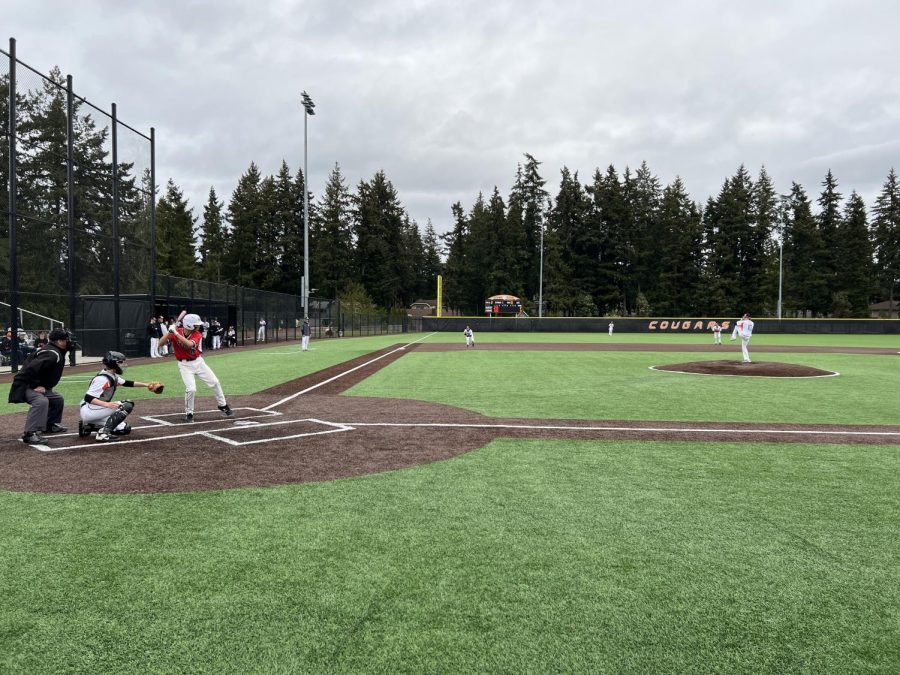 The smell of turf and the shouts of encouragement from fans and teammates filled the air. The home stands were almost completely full, and everyone there was hoping to watch a good game of baseball.

The first inning of the senior night game was definitely the most exciting. With the Silas team from Tacoma, Washington up to bat first, they put on an impressive show of stealing multiple bases including home plate and ended up getting two runs to close out the top of the first inning. However the Central Kitsap team from Silverdale, Washington stole less bases, they made up for with good hits, scoring a total of three runs by the end of the first inning, causing Central Kitsap to take an early lead.

“After the first inning I thought you know, it was just going to be a five inning game and we’re gonna fold, but we stayed in it,” said head coach Justin Brien after the game. “We scored three right away and took the lead and gave ourselves a chance to still compete.”

Although Central Kitsap didn’t win the game it was close all the way through, runs were scored by CK in the first and third innings, and Silas scored in the first, third, and sixth innings. Brien knew that his team played well and knew that this was a game for the seniors.

“We came out and competed,” Brien said. “We knew that going in that this was a game and only game. We wanted to get some seniors some playing time and celebrate their career knowing that we have a tiebreaker game and possibly a pigtail game (preliminary-game) and districts coming up.”

Overall this was about having a good send off game for the seniors and getting them all to play.

“I thought the seniors had a nice culminating event here at home,” said Brien. “Good base hits or contributions from [Taran] Barr, [Oliver] Larson, and [Easton] Herdman had a hit. All of them contributed some aspect of this game, which is, you know, kind of what you want for a senior night game. We got everybody to play and everybody played well.”