After 20 years of action, the Kitsap County paintball park will be coming to an end by the end of February. 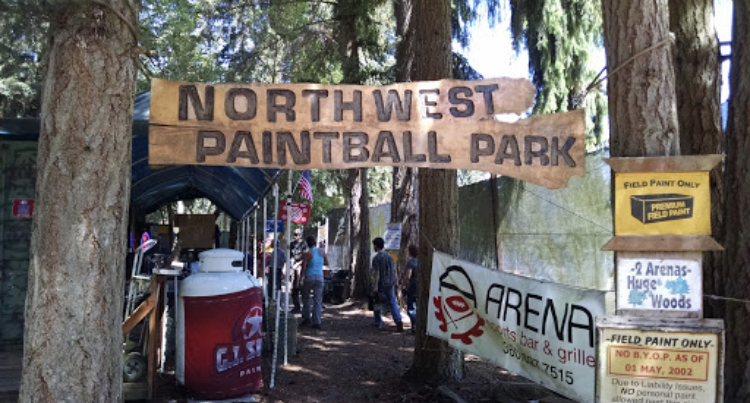 Photo taken by Matt J at the Northwest Paintball Park.

The Northwest Paintball Park in Kitsap County has been running since 1999, and after 20 years it’s been announced that it will be closing on April 1st, 2020. The owners of the park, Jim and Kim Estes, received a cancer scare from an individual in the family, and are proceeding to focus on family and retire from their successful business. On their official website, Kim and Jim elaborate their decision and explain their future intention to keep close with family for the lasting years they have with them.

Over the two decades, the business has inquired quite a consistent customer base. Over 100 people visited the park daily, and many returned multiple times to experience the park’s enjoyable service again. The family-orientated atmosphere attracted many to the surrounding mini-golf course and disc golf, located right next to the park.

Dedicated paintball players in the area will now have to search for another safe, legal, and fun paintball attraction to continue their competitive skills along the field. But if in search of another game to pursue, the northwest mini golf course consists of many fun activities just like the paintball park. The golf course has been in Kitsap County for 25 years, and has hosted many large events such as birthday parties and other special occasions. Although the paintball park is closing, that doesn’t mean there aren’t other alternatives and enjoyable activities to attend.

Karl Djordjavic, a regular at the park, stated, “it is especially fun when they host an event because multiple other paintball clubs come to visit.”

The park events offered many opportunities to make memories with friends and family and to encounter new hobbies for the newcomers attending the park. Big events like the annual Kit-SplatFest and Alien Invasion attracted many newcomers.

These events offered food, games, and drinks to many families in the surrounding area. Kim and Jim’s motive was to have special occasions in favor of thanking their friendly customers.

Katavena Djordjevic, who has visited the park numerous times, gives an insider on the appreciated moments captured on the paintball field, “taking my brother there for his birthday for the first time, he got hit so many times and had tons of bruises but never cried. He seemed to be way better than me even though it was his first time and watching my dad be super proud about it, made me happy.”

The retirement of the paintball park is unfortunate for many of the park’s customers and employees. Djordjevic explained how she felt towards the park closing, saying, “The park was run by this family and you could tell they were really family orientated. The park gave me and my family good memories and it’s so sad to see the park go but the memories with everyone still remain.”

The paintball park is not only provided with friendly staff and guides who give great advice about the game, but everyone who attends is extended with the opportunity to come back and make more great memories. Northwest paintball park offers the chance to turn a competitive state of affairs to friends and family fun.

Damien Elliott, Junior at CKHS, usually went to the park a few times a year. He explains, “I’m disappointed because I had a lot of fun there and I wanted to take my girlfriend there but it’s probably too late now.  I’ll just miss the excitement of going and having fun with people.”

The paintball operation has been in Kitsap County since 1999, and so the familiar faces of the owners will be missed dearly by those who have attended throughout the long-lasting years. The park may be closing, but the memories that came with the past two generations will remain forever.