Macbeth Review: Fair is Foul, and Foul is Fair 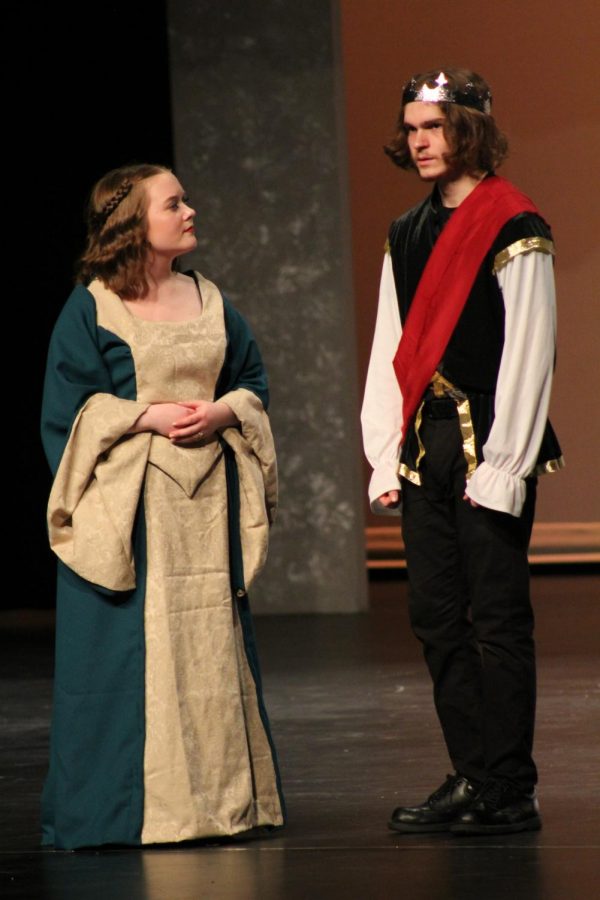 “Macbeth” grapples with everything expected of a Shakesperian stageplay; healthy doses of tragedy, humor, and just a pinch of murder. The narrative follows Macbeth, a faithful man prophesized to become King of Scotland. Obsessed with achieving the prophecy, Macbeth, emphatically depicted by Senior Xavier Medina, slays King Duncan (Arik Lundberg) and seizes the throne.

Beside Medina is the malevolent Lady Macbeth, strongly exemplified by Abby Power, who pushes her husband to murder and frames the King’s death on innocent houseguests. Medina and Power have a powerful presence together and the duo brings a believable tension to the stage. Despite being the titular character, Macbeth commands the stage no more than Lady Macbeth opposite him.

So quickly does Macbeth settle into a tyrannical role, eliminating all threats in his path, and hiring a killer to eliminate his friend Banquo (JesseJames Aguigui). Appearing bloodied from his recent demise, Banquo presents himself as a ghost during a party to torment Macbeth.

Macduff (Johnny Willems), a loyal subject of former King Duncan, presumes Macbeth of regicide against the crown. After the death of Lady Macduff (Willow Heidt) and his son (Nathan Van Boven), Macduff proceeds to develop an army to see the demise of Macbeth. Undeterred by his murderous rampage, Macbeth clashes with Macduff, who personifies all of Macbeth’s internal conflicts. 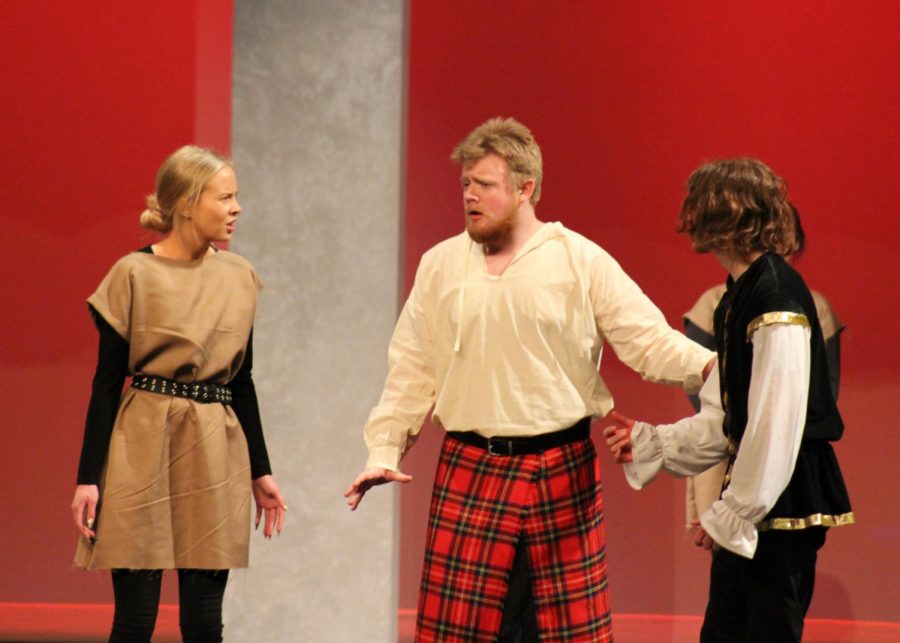 The direction behind the scenes dupes the audiences into assuming they’re attending an authentic high-end production and not high school theater. Lighting and background shading change tones several times in a single scene to match character emotions. Each actor appears comfortable in their costume and makeup, and the styles reflect the historical era with a modern twist.

Tickets: Through Mar. 7 at Central Kitsap High School Auditorium. Price is $5 for students and $7 for general admission.